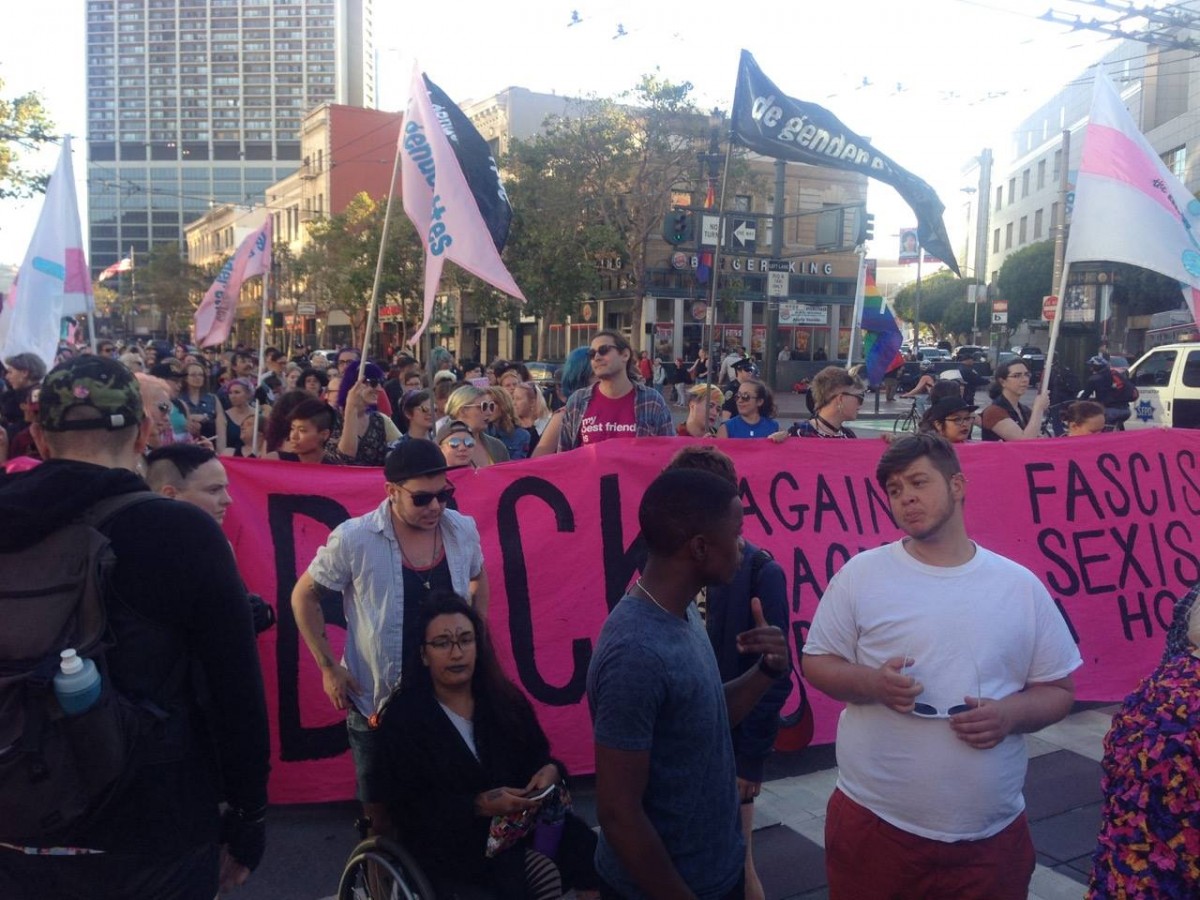 I participated in Trans March for the first time ever—and just a few weeks after coming out. I went with someone who has been
a loyal and supportive friend since we met in a support group months ago. Transition is not easy, and it shouldn’t be done alone.

In the past several years I’ve had that “Me too, me too” feeling in the back of my head when I encountered trans people, and I’ve been struck lately by how much they ARE my tribe, even when we don’t have anything in common other than our gender identity. I may not always LIKE them, but I always LOVE them, if that makes sense.

I’ve been in a few protest marches in my day, and I admit I always feel awkward as a protester, but this was different. I was the nice white lady in the big pink hat and was very aware of my privilege. I was marching with trans people of color who are fighting for justice, for freedom from police violence and discrimination, for jobs, for housing, for basic health care. I was marching with wonderfully militant gender queers who seemingly have to do daily battle with transphobia and the threat of violence.

The march ended on Turk street at the former site of the 1966 Compton’s Cafeteria riot when the drag queens and trans sex workers of the day fought back against police brutality. It used to be illegal to even be a cross dresser, you know.

I shook hands with Miss Major Griffin-Gracy who was one of the trans women of color who led the Stonewall riots. She’s been getting long overdue recognition thanks to a new documentary and I was honored to meet her.

They are all freedom fighters and American heroes, the same as any solider, maybe braver. For decades they’ve been getting their skulls cracked and worse for demanding a better world. All people benefit from that, in my opinion.

This thing I am doing is not easy. It’s incredibly hard and scary sometimes, but I have so many advantages it’s humbling. The people who fought the fight before me have my respect and gratitude. I hope I can be useful going forward.

But that’s the end of Pride festivities for my weekend. Too hot and too many people for me. Happy Pride. Be fearless.