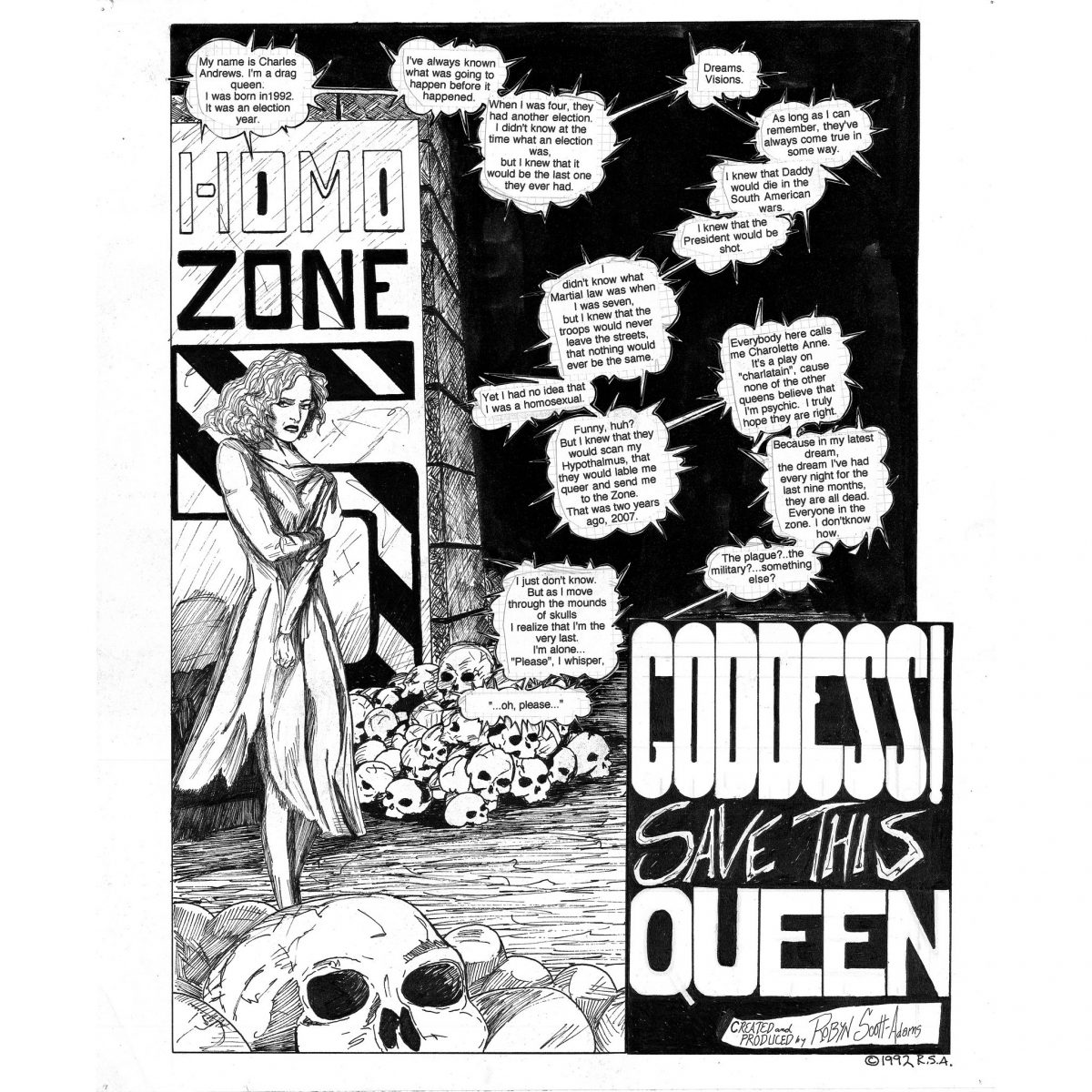 ———-My name is Charles Andrews. I was born in 1992. It was an election year.  I’ve always known what was going to happen before it happened. When I was four they had another election. I didn’t know at the time what an election was, but I knew it would be the last one they ever had.

———-Dreams, Visions. As long as I can remember they’ve always come true in some way.

———- I knew that Daddy would die in the South American wars.

———-I didn’t know what martial law was when I was seven, but I knew the troops would never leave the streets, that nothing would ever be the same.

———-Yet I had no idea I was a homosexual. Funny, huh? But I knew they would scan my hypothalamus, that they would label me queer and send me to the Zone. That was two years ago. 2007.

———-Everybody here calls me Charlotte Anne. It’s a play on charlatan, because none of the other queens believe that I’m psychic. I truly hope they are right.

———-Because in my latest dream, the dream I’ve had every night for the last nine months….they are all dead. Everyone in the Zone.——

———-I just don’t know. But as I move through the mounds of skulls I realize that I’m the very last. I’m alone.