I work as a graphic designer and illustrator professionally. You can find that work at SECRETFANBASE.COM and you can find more of my trans-related design work at The Louise Lawrence Transgender Archive.

Transgender artwork on this site involves self-published comic art, including Homozone5, my 1991 transgender super hero comic  as well as stand-alone illustration on transgender and sexuality themes. I am finding that I have a surprising renewed interest in drawing and illustration post-transition, which is exciting. I sort of let that lapse when I retreated into the closet and became a background painter in animation, which was a cool job, but also a way of literally hiding in the background 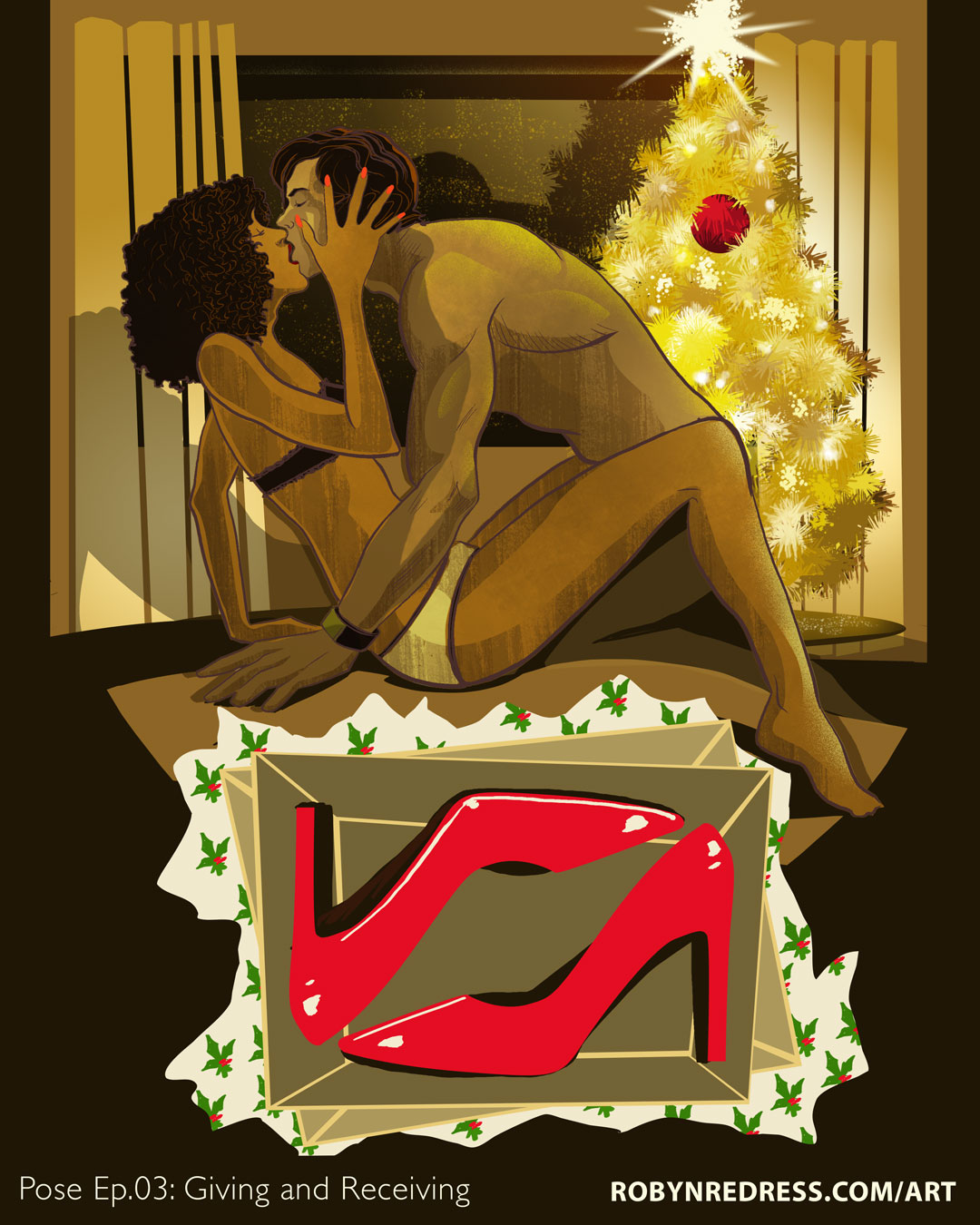 The third episode of POSE on FX was an incredible piece of storytelling by Janet Mock. The love scene between Angel and Stan was wonderfully composed and it was so beautiful to see a man and a transwoman sharing love and tenderness on television.  Extraordinary. When the story of the red shoes comes around as a gift at the end it was a genuinely emotional and moment. We are seeing real trans stories told by trans artists and actors and the work is superb.